So you think you have an ingenious startup idea.

You want to transform concept into product or service but don’t have the capital to make it a reality. It’s enough just making tuition and room and board. But with U.S. investors increasing the median seed size to $1 million, according to Pitchbook data from 2017, it’s easy to dream of a successful pitch meeting as the gateway to launching a thriving company. After all, some of the most successful tech ventures in recent years – think Modcloth (2002), Facebook (2004), Reddit (2005) and Snapchat (2011) – were started by college students.

However, not all ideas are as ripe to thrive as Zuckerberg’s, and for a first-year college student with a nascent pitch, going straight to an angel investor or even venture capitalist may not be the best choice. There are also other financing alternatives you should consider.

I spoke with a senior associate at a top VC firm Bessemer Venture Partners, Anna Khan, who is also a Forbes 30 Under 30 alumnus, as well as professors and founders at Harvard, MIT and University of Pennsylvania, to outline the various ways you can fund your college startup.

1. Check out your university’s own venture funds and startup incubators

Universities want a stake in the startup boom, and students at many colleges now have access to a venture fund tied directly to their school. In 2010, NYU launched its $20 million seed-stage venture capital fund that invests exclusively in startups founded by current NYU students and faculty. In 2015, University of California announced a $250 million investment in startups emerging from students, professors and alumni of the 10 UC schools. University of Pennsylvania also boasts a host of funds for its student entrepreneurs.

Some universities also have their own startup incubators and accelerators – a broader support space that provides education, mentorship, office space and capital for student entrepreneurs and their young companies. For example, Stanford’s StartX features a specialized program that offers customized education, coaching and financing for selected student founders at the university.

2. Major venture firms also have their own college-targeted program

Given the sizable amount of pitches stemming from college campuses, several established VCs have launched on-campus programs that allow students to invest in their peers’ startups. First Round Capital’s Dorm Room Fund, a $3 million venture firm, launched in 2012 and is operated by full-time undergraduate and graduate students. Similarly, Rough Draft Ventures, backed by General Catalyst, currently supports over 90 student-founded startups and has raised over $230 million in capital. Typically, all you have to do to get in touch with these investors is to fill out a short application online.

3. Give a shot at crowdfunding 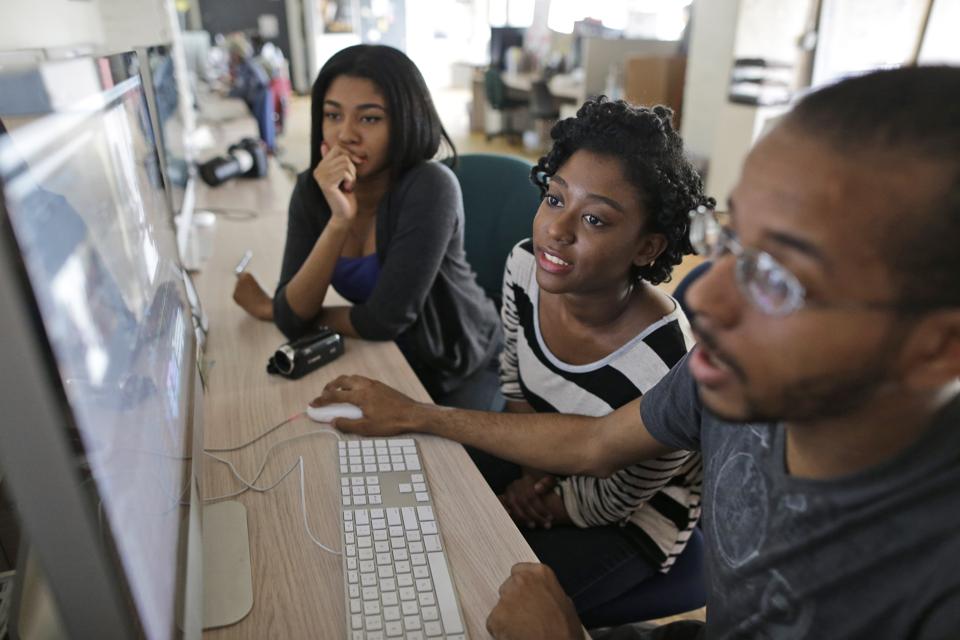 In this Friday, June 5, 2015 photo, Roshana Paul, left, Tayana Brumaire, center, and Dexter Dugar Jr. edit the short film they are producing in New York. This summer, thousands of young people will go to camp, attend prestigious academic programs and even study filmmaking in Paris thanks to online crowdfunding sites like Kickstarter and Indiegogo. (AP Photo/Mary Altaffer)

Crowdfunding is the process of raising money for a project or venture in small increments online from a large number of people. A great way for friends, family and acquaintances to help fund your startup, crowdfunding through sites like Kickstarter or Indiegogo allows you to use your social network to your full advantage.

“The great thing about crowdfunding is that it can help you prove that people actually want what you’re selling without giving up equity to investors that may not have your best interest at heart all the time,” says Nick Meyer, entrepreneur-in-residence at the Martin Trust Center for MIT Entrepreneurship. He adds that many startup teams he oversees at MIT often launches a crowdfunding campaign in addition to an institutional fundraising round.

4. Ask family and friends — but warn them about the risks

According to British loan company Everline, about one third of small businesses source funding from their friends and family. While friends and family can be a viable financial resource during the early stages of your startup, it’s important to warn them about the possible risks of investing.

Unlike institutional investors who understand the risks and rewards of investing in a particular startup, your family and friends may not. At Harvard Business School, professor and founder of eight startups Shikhar Ghosh has come across unfortunate cases where young entrepreneurs approach family and friends the same way they would an institutional investor with years of experience.

“What you don’t want is to destroy your friendships and family relationships by having them put their money that they cannot risk – that strains a lot of relationships,” Ghosh says. “Show them what the risk and downside [of investing in your company] is…be very careful about not taking the money if you feel like they cannot afford it.”

5. Network with an angel investor

Angel investors pose another option for emerging startups. Unlike venture capitalists who handle pooled money from a strategically managed fund, these affluent individuals use their own money to fund a small startup or entrepreneur. Accredited investors need to have a minimum net worth of $1 million and an annual income of $200,000.

To find an angel investor, check out online directories like Gust.com, which connects founders with investors and has so far aided over $1 billion to be invested in startups. There are also angel investor events held throughout the country, including the annual Angel Capital Association Summit and the Startup Grind’s monthly events that bring together successful local entrepreneurs, investors and educators.

6. If you think your pitch is great enough to make a venture capitalist tick, go for it. 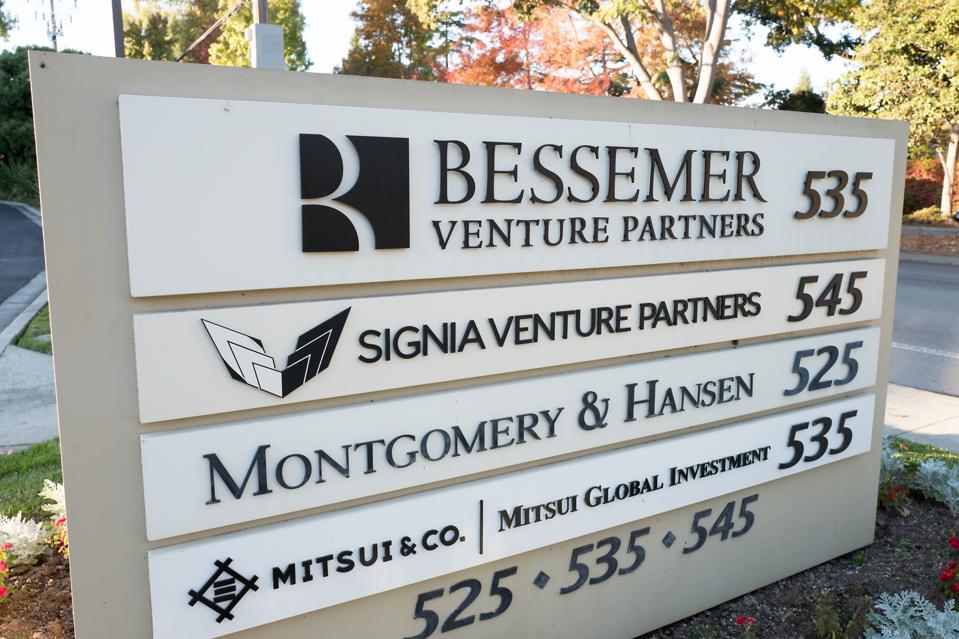 At Bessemer Venture Partners, investors hear pitches from founders that are starting their fifth business all the way down to college students with great ideas, says Anna Khan. If your pitch is compelling enough, a college degree is not necessary to score an investment.

In fact, Khan says that investors now hear more from younger founders than older ones. “I definitely wouldn’t say younger founders are discriminated in any way – it’s probably the opposite,” she says.

7. Know what you want to do with the investor’s money

“Investors want to know what they’re buying,” says Ghosh. “If I give you a million dollars, where does that get you?”

Before scurrying to find an investor, make sure you know where you want to spend that money once you have it. Much of that understanding is key to knowing which funding rounds – pre-seed, seed, Series A, B or C – you should participate in. The mistake that many young entrepreneurs make, Meyer says, is raising to the wrong stage.

Khan says that although the best way to get in touch with investors at Bessemer is typically through a “warm introduction,” she doesn’t expect the same from a college student who has a limited network. Cold emails are fine, she says, as long as it doesn’t look like a mass email blindly sent out to a myriad of investors.

“The way to get in touch with a firm is to reach out to a particular investor,” Khan says. “Let’s say you’ve read some of their blog, you know that a particular investor is excited about a space you’re innovating in, or if they’ve invested in a company that you look up to. I like when the entrepreneur has done their research and they know I’m focused on x, y, z  or that I’m on the boards of these companies.”

9. Consider finding an investor that can also be a mentor

Those who are new to the industry they’re launching their product in should highly consider finding an investor that can not only provide the institutional fund, but also serve as a useful mentor that can guide you throughout your entrepreneurial journey. 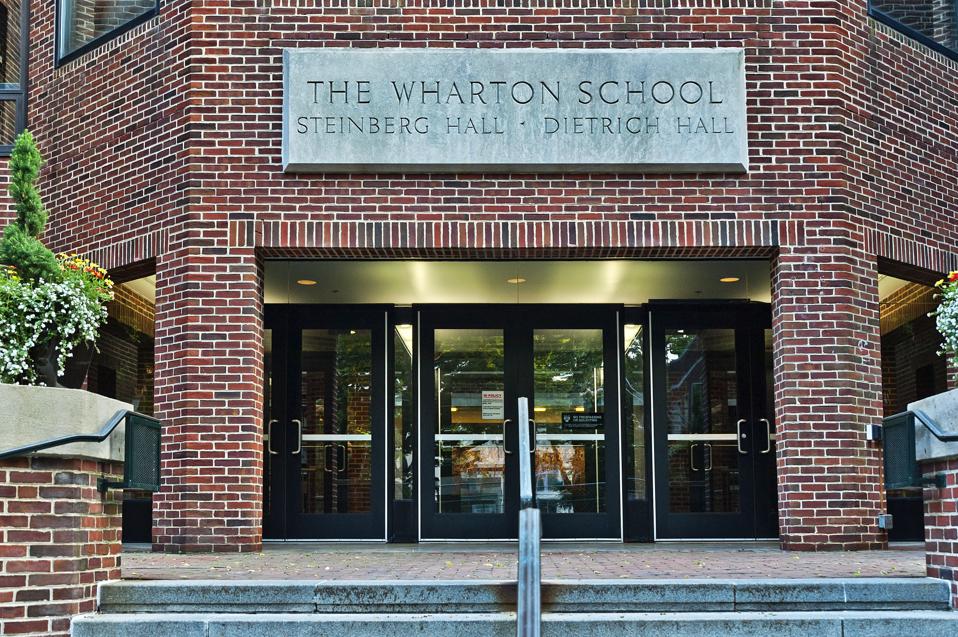 PHILADELPHIA, PENNSYLVANIA, UNITED STATES – 2011/05/29: The Wharton School of Business at the University of Pennsylvania. (Photo by John Greim/LightRocket via Getty Images)

When Manan Agarwal, MBA Candidate at the Wharton School, first came up with the idea to found La Farine India – a food tech startup dedicated to supplying gourmet Western ingredients to restaurants and consumers in India – he needed the expertise of someone who was familiar with the industry in the country.

“For narrowing down investors we looked more towards those who had sector experience who could be more than just an investor for us,” Agarwal says. “[Our startup] was a completely new food product category in India and we needed that expertise and someone who could help us get through things.”

10. Understand the importance of having an A-team

Investors are not just investing in your startup idea, but your team. In fact, Khan would go as far to say that rather than spending your time networking with various Silicon Valley investors, young entrepreneurs should expend that energy building a solid team.

“When Silicon Valley tells young founders to go network and meet investors I actually think that’s not good advice,” Khan says. “They should just get together a really compelling team…networking helps much more in building a team.”

For his own experience co-founding a startup, Agarwal agrees. “The team is an important part of the valuation of a company,” he says. “The idea can evolve a lot during the course of a journey, but what’s constant is the team. Anything that helps you prove [to the investors] that it’s a good team is really valuable from an investor’s perspective.”

11. Stay away from downselling yourself in pitch meetings

One of the alarming phenomena Khan noticed as the founder of Launch X – a female-only accelerator teaching women how to raise capital – was how male and female founders differed greatly in their confidence level in selling similar startup ideas.

“The biggest piece of advice I would give [female entrepreneurs] is don’t downsell yourself,” Khan says. “I’ve seen so many men pitch businesses that the women were also pitching, except the men would oversell it and be extremely confident, and the women would be the opposite.”
In a world that remains tough for women to break in (only two percent of venture capital funds went to female founders in 2017), having confidence when walking into the pitch meeting will be crucial.

This article was written by Haley Suh from Forbes and was legally licensed through the NewsCred publisher network. Please direct all licensing questions to legal@newscred.com.